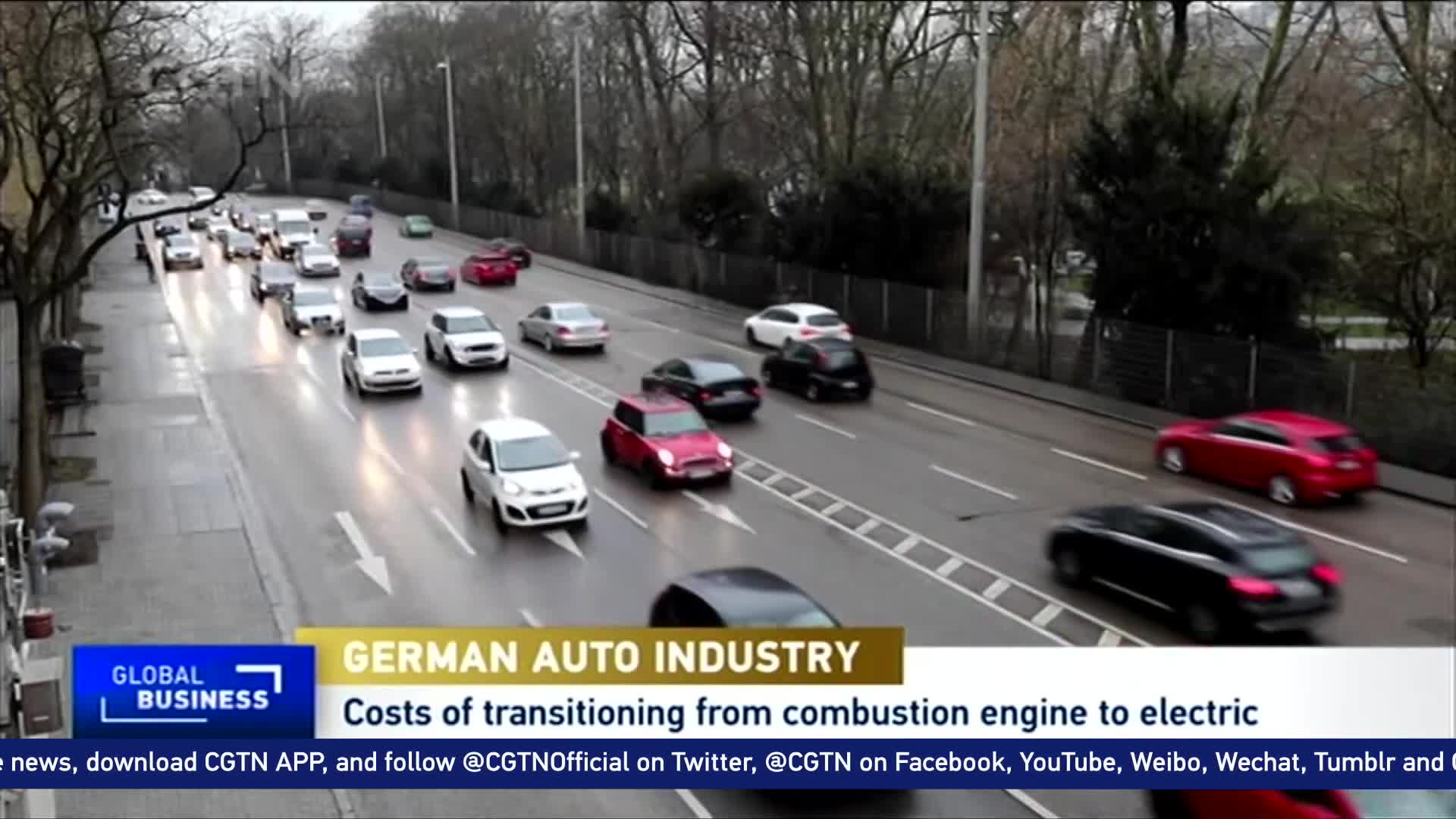 Germany’s auto industry is facing mounting challenges amid a slowing global economy and uncertainty from Brexit. On top of all that brands are scrambling to make the costly transition from combustion engines to electric vehicles.

Narrator:   Germany’s car industry is on a bumpy ride as roadblocks hit the sector.

Eric Heymann, Auto Sector Analyst, Deutsche Bank:   We have seen quite weak global car demand in the three major markets: United States, Europe and China.  The car demand is declining or has been declining for some quarters now.

Narrator:  This means that the number of passenger cars exported from Germany are down 12% to three million this year until the end of October compared to the same time last year according to the German Association of the automotive industry.

The car industry is a key pillar of Germany’s export sector and the broader economy and concerns about the domestic economy are also worrying for the sector as the country narrowly avoided slipping into recession in the last quarter.

Brexit is only fueling the uncertainty surrounding the industry and U.S. President Trump has been threatening to slap tariffs on European cars.

One of the biggest challenges though is that car makers are having to completely rework their business models. German companies are accelerating their electric vehicle plans under pressure from the European Union to reduce carbon dioxide emissions.

Herbert Diess, Group Chief Executive, Volkswagen:  Electrification is no gamble. At Volkswagen it is a strategy with a very concrete implementation plan. That’s how we are going to comply with the much stricter CO2 emissions rules of the EU from 2020. Electrification is by far the most cost-efficient way to CO2 friendly mobility and therefore right.

Narrator:  But making the transition from combustion engines is costly and the sector is still reeling from a diesel emission scandal.  To free up billions of euros to invest in electric vehicle production, Volkswagen and Audi plan to cut 9,500 jobs over the next five years. Rival Daimler also recently announced job cuts as it moves towards greener vehicles. The sector accounts for 840,000 jobs in Germany and it’s critical to find a way forwards.

Eric Heymann, Auto Sector Analyst, Deutsche Bank:  Yeah, you have to bring forward technological progress, create economies of scale to get the price down for electric cars and to convince the consumer that these cars are a reasonable alternative to cars with an internal combustion engine.

Narrator:  But given the range of challenges the industry faces, it could be a long road ahead.

4. Brexit is only ________ the uncertainty surrounding the industry.

5. To ________ up billions of euros to invest in electric vehicle production, Volkswagen and Audi plan to cut 9,500 jobs over the next five years.