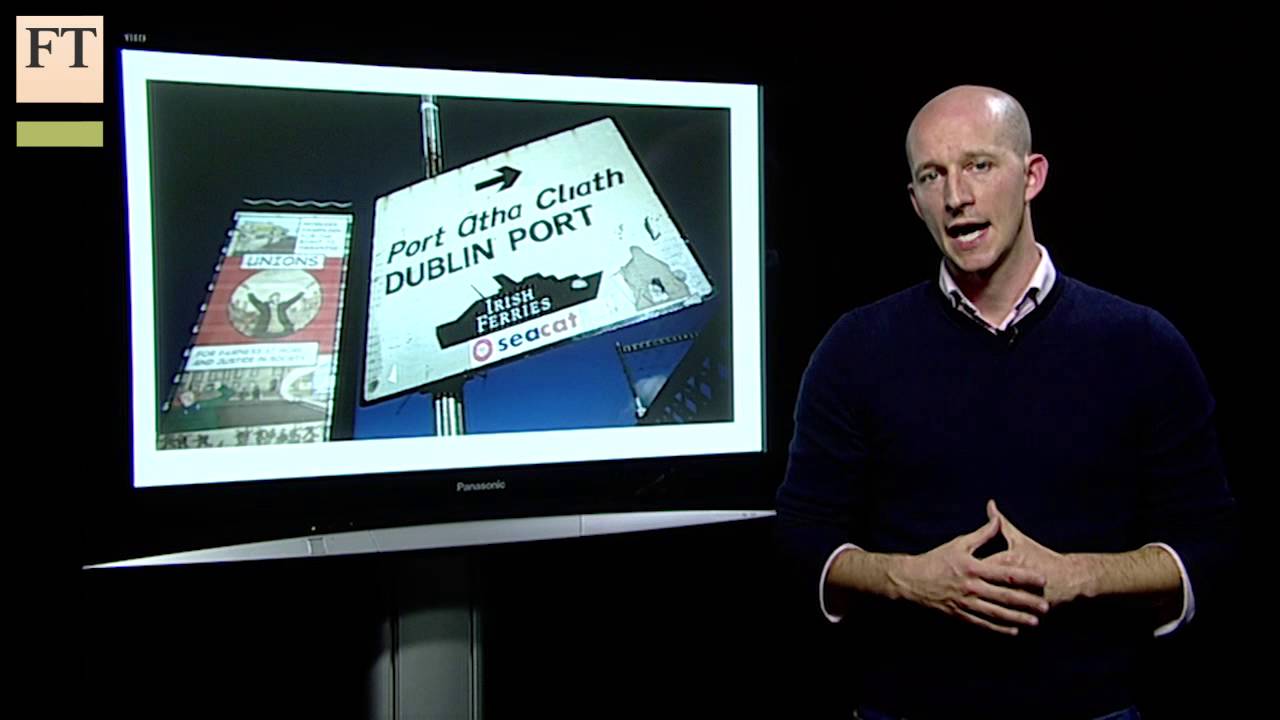 This Financial Times video explains how companies have been using a tax  structure known as the Double Irish to avoid paying high taxes in their own countries.

Seb Morton-Clark:  Ireland is one of the sweethearts of the corporate tax world. Its attractive rates have seen  numerous global companies set up shop there and attracted billions in foreign direct investment. But now one part of that agreeable tax regime, known fondly as the Double Irish and used by the likes of Google and Facebook, is heading off into the emerald sunset. Thanks in part to pressure from the likes of the OECD and the European Commission.

So what is the Double Irish?

Well, like most clever tax structures, it’s complicated. But in essence, it’s a way for companies to channel profits to tax havens by capitalizing on the different ways that Ireland and the U.S. define corporate residency. So, for example, a company taking advantage of a loophole can put its intellectual property in an Irish-registered company that’s controlled from another Irish company in, say, the Cayman Islands. So when royalty payments are made the U.S. thinks it’s being taxed in Ireland, but Ireland considers it tax resident in the Caymans. The company, in effect, pays close to nothing. As you can imagine, it’s pretty popular.

Vanessa Houlder:  The numbers for those companies we know about are very big. They go into billions of euros being rooted out of Ireland to these tax haven subsidiaries. We don’t know the full extent of it because the degree of disclosure in Ireland isn’t that great, so it may add up to a lot, and we do know that overall U.S. companies have something like a trillion dollars of cash offshore. And structures like the Double Irish are important in that.

Seb Morton-Clark:  Suffice to say, governments aren’t so keen on seeing all this money pile up outside of their countries. Hence why there’s been      growing international pressure. For companies involved in these schemes, it’s a straightforward rebuttal: “We abide by the laws that are laid down. If governments want to change those laws, then we’ll abide by them too.”

How has Ireland benefited?

Vincent Boland:  What it has done is attracted a lot of business into Ireland, and a lot of companies seeking to take advantage of an arrangement like the Double Irish. So I guess that there are certain pharmaceutical companies operating in Ireland that may not be here because of the Double Irish. There may be some technology companies that are operating here that are here almost exclusively because of the Double Irish. They have brought some jobs with them and some operations. But in practice, the Double Irish is an arrangement that was given and granted to companies already here. So, I think the benefits to Ireland are relatively limited from a financial perspective. And obviously from a reputational perspective there are no benefits at all.

Seb Morton-Clark:  Whatever route the Irish government take, it’s expected to be a fairly long transition period – perhaps anywhere up to seven years.

Vanessa Houlder:  At the moment, companies would be looking quite widely. They’d look not just at Ireland, other things they could do within the Irish tax system, they would be looking at other countries like Switzerland, Luxemburg, Netherlands, possibly even the U.K. as well. We think the Irish government’s likely to introduce a patent box, and this is a system that offers low tax rates on patent income, and that might be something that these companies could use. But a lot depends on the detail, and we just don’t know yet.

What impact for Ireland?

Seb Morton-Clark:  But what could it mean for Ireland and its cherished corporate tax regime to change its system? Remember this is a country that has always tried to resist outside pressure on what it taxes business.

Vincent Boland:  I think it has found itself boxed into a corner because of this Double Irish thing because it has become a very egregious form of tax avoidance. So on the one hand, it will be seen to be capitulating to, particularly, European Commission pressure. And other countries will be watching therefore closely and saying, you know,  “Gosh, we might be in the same position in 12 months’ time.” On the other hand, I think that, you know, a benign reading of the move to close the Double Irish would mean that Ireland is actually ahead of the pack when it comes to tightening up its corporation tax arrangements, getting rid of the more egregious loopholes, and being seen to be cooperating in a very explicit way with international trends and the thinking on corporation tax and how companies should be taxed.

2. The Double Irish is

3. According to the video, because of tax structures like the Double Irish, the U.S. has

4. According to the video, a benefit of the Double Irish is that it has

5. Vanessa Houlder says that in the future, the Irish government will probably