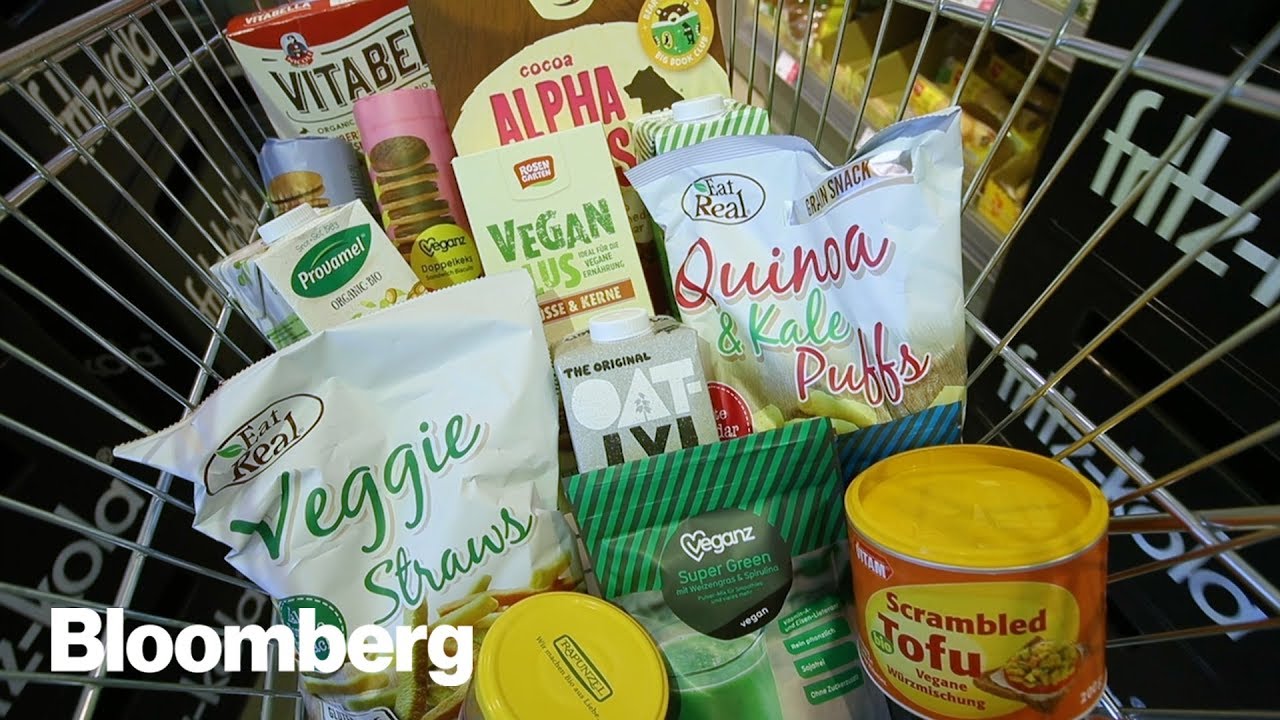 Is Veganism just a passing trend or the beginning of a whole new industry and era? Bloomberg’s Quicktakes has a closer look at this burgeoning sector of the new economy.

Narrator:  Chances are you’re not a vegan.  But you may have had an almond latte this week or at least tofu in your ramen at some point.  And even though a really small number of people actually identify as fully vegan, vegan products are filling up and flying off supermarket shelves.  That’s because more of us are now substituting meat and dairy products with plant-based items.

William on the Gram:  Yo I told my friends that I might become a vegan and live that plant-based diet.

Iron Mike Tyson:  Since I became a vegan.

Narrator:  Is it a fad like so many other food trends or is it the start of something much bigger? This is your Bloomberg QuickTake on the “Vegan Economy.”

The Vegan Society was founded in 1944 in a bid to discuss non-dairy, vegetarian diets and lifestyles.

Clip from old film:  They say you gotta eat vegetables.  Too much meat’s bad.

Narrator:  It began and remained a very small community for decades, but the animal alternative industry is now expected to grow to a $140 billion in the next decade. There’s something out there for anyone who wants to replace any amount of animal product in their diet, from cheese or yogurt replacements to bloody veggie burgers. But since only 6% of Americans describe themselves as vegan, this growth is coming from outside that community.

Our meat-heavy diet doesn’t just harm animals, it’s killing our planet too. Livestock farming produces about 14.5% of the planet’s
greenhouse gas emissions. Cows are the main offender. Rearing and feeding farm animals leads to deforestation which in turn reduces our ability to absorb CO2 in the atmosphere. Research from Oxford University claims that a vegan diet is probably the single biggest way to reduce your impact on planet Earth.

Narrator:  Concern for the planet is one motivation, but over half of U.S. adults who eat plant-based proteins said the main reason was taste, beating concerns over diet, animal protection, the environment and health.

Vegan products are no longer the weird, dusty packets hidden in the back of the health food shop. They’re being delivered to the mainstream by huge brands like McDonald’s and Burger King. There’s even vegan beer because, as it turns out, brewers use fish guts for filtration. And the obsession with oat milk has led to shortages in the U.S. this year, causing hysteria across the country. Well, mainly Brooklyn.

Investors are now getting in on the action. Shares of Beyond Meat surged 600% in the three months after its IPO. Another plant-based burger maker, Impossible Foods, raised $300 million in the same month.

So what could hold this burgeoning vegan economy back?

Nutritionists are questioning some of the health credentials of these processed meat alternatives. Burger King’s vegan burger, The Impossible Whopper, contains a whopping 35 grams of fat and 1,080 milligrams of sodium.  That’s almost half of your recommended daily allowance of sodium. Others warn that genetically engineered ingredients need more research to determine their safety.

Despite the concerns, there are bullish signs. Traditional meat and dairy companies like Tyson and Dean Foods have invested in plant-based products.

With supposed benefits to our health, moving to a vegetarian and vegan diet could produce savings of up to a trillion dollars a year on healthcare and lost working days. Like it or not, humans are going to have to shift their diets to help stem the tide of climate change. With our planet’s population growing, the vegan economy will need to win over even more of us if it’s to have a substantial impact.

1. Even though a really small number of people actually identify as fully vegan, vegan products are filling up and flying ________ supermarket shelves.

3. Rearing and feeding farm animals leads to deforestation which in ________ reduces our ability to absorb CO2 in the atmosphere.

4. Vegan products are no longer the weird, ________ packets hidden in the back of the health food shop.